When God created man, he implanted two things in him: first, the perception that he has a creator who is his master and second: recognition of a good deed and a bad deed one. Besides these two, there are several other things which the Almighty placed in man or which, if reminded of, with time manifest themselves in the knowledge and actions of a person. These two things were also similarly placed in him.

This is the real religion which the Almighty gave man at the time He created him. After that, God selected certain individuals, gave them a message and sent them towards mankind to deliver to it this message. These individuals are called prophets (nabī) and messengers (rasūl). When they came to mankind, they explained in great detail the beliefs and principles of the religion which God had placed in man.

This process began with Adam (sws) who was the first human being and ended with Muhammad (sws). The Almighty has informed us that he was the last of His representatives and after him no prophet or messenger would come. Thus, religion can now only be acquired from him and true religion is one which he confirmed from his tongue as being the true religion of God, or which he demonstrated through his actions or which he did not prohibit if it was done before him in the capacity of religion.

Thousands of people learnt this religion from Muhmmad (sws) in his lifetime and practiced it in his time. Then millions learnt this from those people and practiced it. This process was never discontinued. In every generation, his followers read and taught and communicated this religion to others through the written and spoken word and practiced it and in this manner communicated it to their next generation. Now it has reached us and we can say with full certainty that it has reached us in the same form as it was given by Muhammad (sws) to people who became his companions in his lifetime by accepting him as the prophet and messenger of God.

The reason for this certitude is that in every generation such a large number of its followers in so many different parts of the globe transferred to it others through the written and spoken word that it cannot be imagined that all of them can lie collectively or err. In technical terms, this is called consensus and tawātur. Every sane person acknowledges that whatever is transferred from one generation to another in such a manner is rendered certain.

This religion has reached us in two forms:

The Qur'ān is the very book which is called Qur'ān by the Muslims. God revealed this book to Muhammad (sws) through one of His angels: Gabriel. The Prophet (sws) repeatedly read out this book to people in the same words it was sent down and the way it was sent down. His followers learnt it by heart after hearing it from him and those who knew how to write also wrote it and kept it with them. These people were in thousands. Some among them learnt just one sūrah, some two, some even more and some the whole Qur'ān or wrote these portions for themselves. People of the next generation did the same thing and this is what happened in every generation of the Muslims. Today also written copies of the Qur'ān are found in every house and millions in this world can read it out verbatim from memory. It is as a result of this that, in spite of intense efforts from people, it could neither be altered earlier nor can it be altered now. Thus, it is absolutely certain that the Qur'ān which we have today in our hands is the same word for word as the one the Prophet (sws) gave to his immediate followers.

Same is the case of the Sunnah. All the people of the nation in which Muhammad (sws) was born were the progeny of Abraham (sws). The Almighty directed Muhammad (sws) to follow the way of Abraham (sws). At that time, many of the practices of the way of Abraham (sws) were intact the way he had left them to his progeny; however, some of them had been forgotten and some were being done erroneously. Muhammad (sws) reminded them of these, set right the errors in them and also added to them at God's directive. Then he made it mandatory upon his followers to adopt them. All these practices are called his Sunnah. They have existed before the Qur'ān. All the people of Arabia were aware of them. For this reason, when the Qur'ān mentions them, it mentions them in a manner as if everyone knows them; no introduction or explanation is needed for them.

These practices have reached us the way the Qur'ān has reached us. In every generation, Muslims have taken them from their previous generation and followed them and then transferred them to the next generation. Since the time of Muhammad (sws), this process is going on without any interruption. Thus these practices too are certain. There is no difference between them and the Qur'ān as far as their authenticity is concerned. 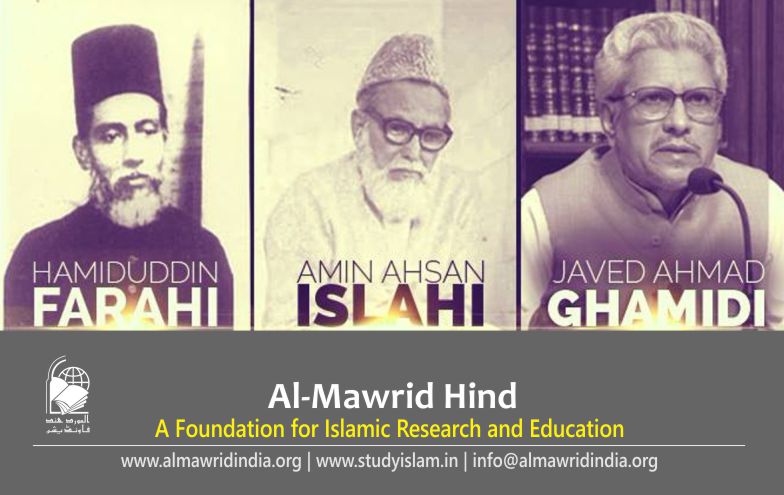 Muslims remained a great power in this world for almost a thousand years. No nation was able to compete with them with regard to knowledge and wisdom, political acumen and affluence. They reigned over the whole world during this period. This kingdom was given to them by God and it was God who took it…

This writing is based on the transcript of the interview of Javed Ahmad Ghamidi with Lemon News, India in 2013. You can watch the complete programme here. Host: Islam is a well established religion, and is meant to exist forever. However, with time and rapid changes in global politics, the understanding and image of Islam have…

Question The Prophet has said that two groups in my ummah (group of my followers) shall be successful. One which fights in Hind (India) and the other that accompanies Hadhrat Isa (Jesus) when he comes back. Can we say that the freedom fighters of Kashmir belong to the first of the two groups mentioned by…

Author: Ammar Baksh A short, humble, witty old man has been creating tremors in the world of Islam that a few have noticed and many do not want to. He has explored almost every old school and has set out to restructure the age-old narratives of Islam. Javed Ahmad Ghamidi is a force to be…